SO NOW LET’S GET COOKING.

After you make this recipe, you will have  soft and chewy Pichi Pichi  snack that you can store in the fridge for 3 days. The texture is almost similar to Mochi but way softer and oh, the fresh grated coconut just make this snack the best due to the inherent creamy juices . It is almost similar to half and half cream.

I do not recommend making your this with packed and frozen cassava from the oriental store because when I made using frozen cassava, it turned out grainy and the it had a fermented smell and fermented taste which tasted like a rotten coconut. Never will I do that ever again. SO USE ONLY PURE CASSAVA WHEN MAKING this.

In this post, I attached a video on how to crack coconut and how to grate your own coconut meat. I got this coconut grater in an oriental store and I highly recommend to get one since you will be using it when you make your Palitaw too. 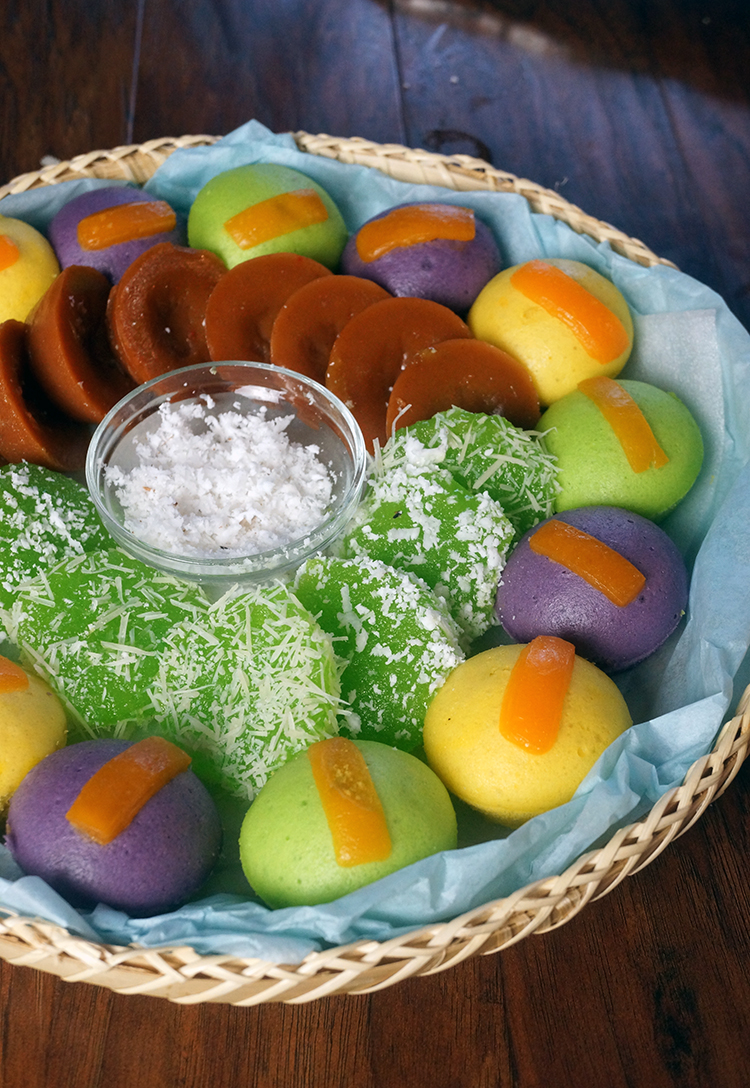 So many of you were asking if you can skip lye water when making Pichi-Pichi, and the asnswer is a resounding YES !  You heard me right. YOU DON’T NEED LYE WATER IN THIS PICHI PICHI. Although the result of not using lye water is a long mixing time, the result is way better. Those without  lye water yield a softer and more chewy snack. I think the hard part in this recipe is grating the  coconut and shredding the cassava, so I watch Netflix to pass the time but I ended up shredding my skin too; so I recommend that you focus on what you are doing than watching Netlfix.

After shredding the cassava, squeeze the cassava juice and mix it with the brown sugar and water. Cook the cassava mixture on low heat and cook until mixture sticks on the ladle. When ready, transfer mixture on a steaming mold and steam for 30 minutes. Roll Pichi Pichi into the fresh grated coconut and share with your friends. 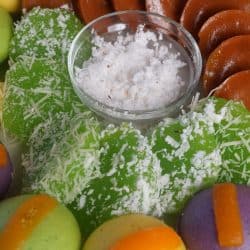 Make sure to cool down the Pichi Pichi for 3 or more hours. This will harden the Pichi Pichi a bit. Pichi Pichi will be sticky at first, but when you roll it into the coconut, it will be less sticky.
You can store it in the fridge for 4 days.
Tried this recipe?Mention @theskinnypot or tag #theskinnypot!
Previous Post: « LECHE FLAN RECIPE
Next Post: 6 TIPS TO MAKE FILIPINO STYLE PAELLA PLUS VIDEO »