How Do You Make Biko with Latik Topping? An easy step-by-step video on how to make this famous Filipino dessert. This is so delicious. 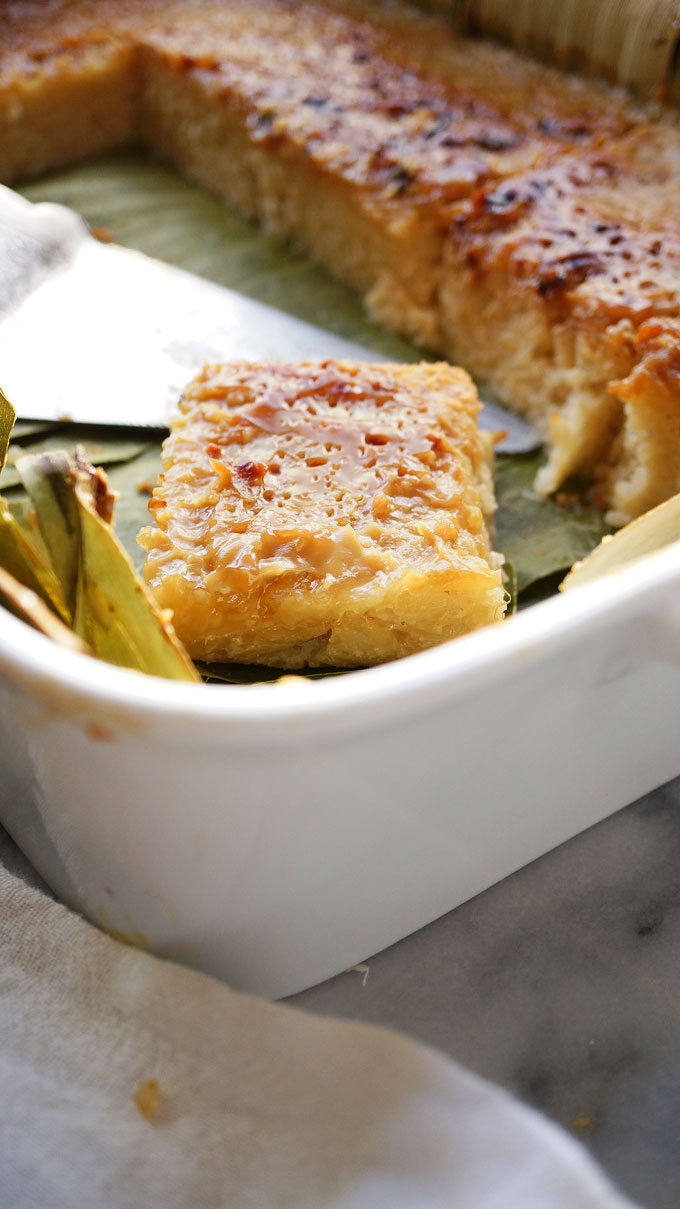 How Do You Make Biko with Latik Topping, this is what I have been asking before and I presume a question that any Filipinos who are far from their grandmas or relatives who know and mastered the recipe. For me, making Biko was not a big deal because my late grandma was in charge of making one. I just stayed far from the kitchen as far as I could.

Currently living in the USA and having a family on my own, the task of making Biko lies on my own bare hands; sure, Biko recipe is very rampant on the internet, but the surefire way of making  THE BEST BIKO IN THE WORLD is hard to find. But today, I am just sharing just that.

You may think I am exaggerating the ” ABOUT THE BEST BIKO IN THE WORLD ” quote, but this recipe I am sharing with you now is from my good friend, Alfie. I really do think her Biko is the BEST, and I tried making my own version and it did not hold a dent.

So, how do you make Biko with Latik topping –  and the best one in the world at that?

We will use Alfie’s recipe… ( I am so thankful because of how generous she was for sharing her recipe, and she was even my assistant during the video making. She did not want her hand to show in the video though.)

Biko is a favorite Filipino dessert usually serve on special occasions like Christmas and New Year. When it is served for New Year’s meal, it has special meaning in it… IT MEANS UNITY AND “STICK” together as a family and sweet life throughout the year. This dessert is very easy to make; I promise.

Biko is a Filipino rice cake with glutinous rice as its main ingredient.
It is a dessert that has only 3 Ingredients: malagkit (sticky rice), Dark brown sugar, and coconut milk. You start by washing the sticky rice with water and cooking it until soft.
You then make mix the coconut and sugar and set aside a bit of the mixture for the caramel topping. When the rice is ready, mix it with the coconut mixture, set it aside, and start working on making the caramel…

Biko is super simple to make, contrary to how I expected it to be.
Grandma made it so complicated while Alfie made it super simple. I realized that there are several methods of How to Make Biko. 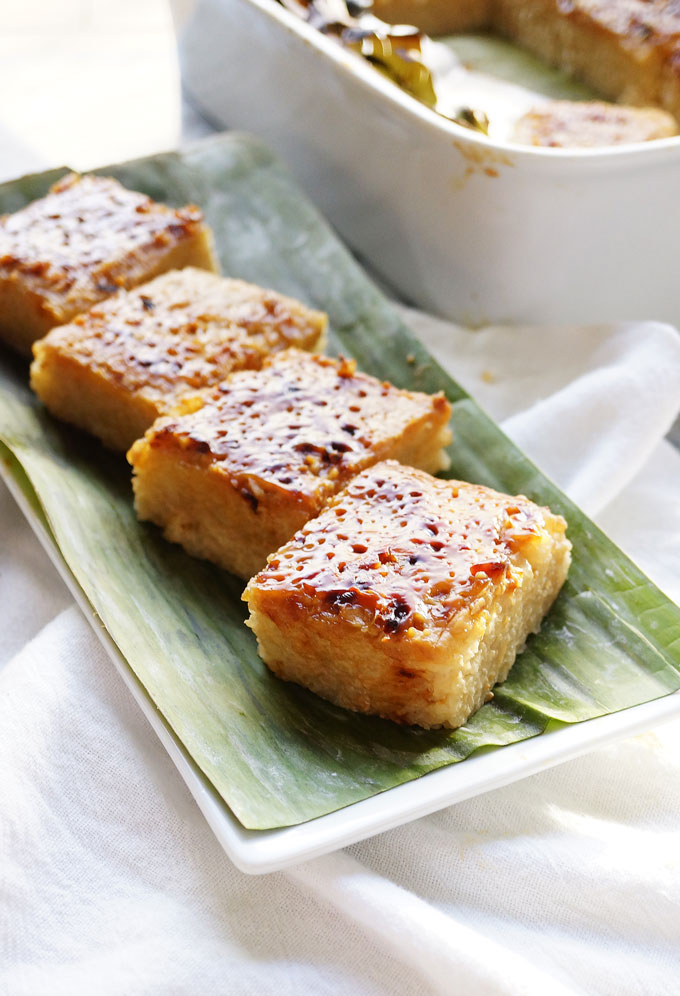 WHAT I LOVE ABOUT THIS RECIPE:

1. It is not too sweet compared to the other I tried.

2. The rice was not overcooked and it was not soggy.

3. Great for breakfast with coffee.

5. You can freeze it, just thaw and reheat it for 40 seconds in the microwave. 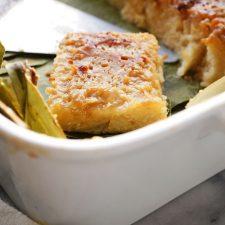 How Do You Make Biko with Latik Topping

Biko is a favorite FIlipino dessert usually serve on special occasion like Christmas and New Year. When Biko is serve for New Year's meal, it has special meaning in it.... IT MEANS UNITY AND "STICK" together as a family and sweet life throughout the year. This dessert is very easy to make and today, I will show you how to do it.
No ratings yet
Print Pin Rate
Course: Snacks
Cuisine: FILIPINO
Prep Time: 30 minutes
Cook Time: 1 hour 30 minutes
Total Time: 2 hours
Author: shobee

Please watch the video see how the Latik look like
Tried this recipe?Mention @theskinnypot or tag #theskinnypot!
Previous Post: « CHICKEN NOODLE SOUP FILIPINO STYLE
Next Post: HOW TO COOK LUMPIANG TOGUE ( HOW TO MAKE MUNG BEAN SPROUT SPRING ROLLS) PLUS VIDEO ON WRAPPING »